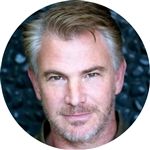 Class of 1978
Theater & Television
Tony nominee Best Lead Actor in a Musical for The Scarlet Pimpernel
During the 1990s, Sills built a solid reputation as a stage character actor, especially in the professional theaters of southern California. He also performed in several national tours, including Into the Woods and The Secret Garden, which would also feature future Broadway stars as James Stacy Barbour and Audra McDonald.

His first Broadway role, however, came when composer Frank Wildhorn and lyricist Nan Knighton approached him in hopes of finding a male lead for their new musical, The Scarlet Pimpernel. Before this audition, Sills told his agent not to send him to any more auditions because he planned to attend law school. With a score in the 99th percentile on the Law School Admission Test (LSAT), Sills hoped to attend Stanford Law School. However, being a fan of the movie as a child, Sills decided to give acting one more chance and was offered the lead as Sir Percy Blakeney.

Douglas Sills opened in his first Broadway show on November 9, 1997. Continuing the role in three other versions of the show, Sills received a Tony Award nomination.
In 2009, Sills starred opposite Kristin Chenoweth at the Encores! New York City Center production of Music in the Air, a long-forgotten Kern-Hamerstein musical from the 1930s. The concert-style version ran February 5 through February 8. Sills assumed the role of Gomez Addams in the national tour of The Addams Family in September 2011 until the company's closing on December 30, 2012.

Sills appeared on Broadway beginning in April 2015, playing an aging orchestra conductor in the comedy Living on Love, written by Joe DiPietro, starring Renee Fleming, Jerry O'Connell and Anna Chlumsky.
He appears in the new musical Dave at the Arena Stage in Washington, D.C., starting in July 2018, in the role of Chief of Staff Bob Alexander. The musical has music by Tom Kitt, lyrics by Nell Benjamin, and the book by Benjamin and Thomas Meehan and is based on the 1993 film Dave.
Back