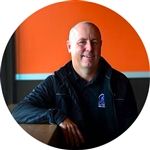 Richard E. Schaden, who established Consumer Capital Partners in 2006 in partnership with his father, currently serves the Denver-headquartered investment, advisory, and marketing company as CEO. The firm has drawn on his extensive entrepreneurial experience to fund and operate a variety of start-up businesses in the restaurant, consumer, and sports sectors. Among the emergent Denver-based businesses Rick Schaden has fast-tracked in recent years are the Smashburger chain, upscale casual restaurant Tom’s Urban in Denver, and Live Basil Pizza, which opened in May 2013.

In 2011, Richard E. Schaden launched the USA Pro Challenge, a professional cycling event that has engaged more than a million in-person spectators and numerous additional fans. The event, which returns in August 2013, features an intense course at an altitude greater than 12,000 feet through the challenges of Colorado’s Rocky Mountain terrain. In 2013, the multi-stage, multiple-day race will travel through Aspen, Breckenridge, Steamboat Springs, and other locations known for their dramatic beauty. Widely known as “America’s Race,” the USA Pro Challenge partners with corporations and brands such as The Coca-Cola Company, UnitedHealthcare, Nissan, and The Denver Post. Rick Schaden developed the event in part as a means of showcasing Colorado as the heart of professional bicycle racing in the United States.

Through Consumer Capital Partners, Richard E. Schaden has also invested in local company CIC Bancshares, Inc. His recent partnership with FrontRange Capital Partners, LLC, provides Consumer Capital Partners with still more diversification through the 35,000 apartment housing units it operates across the United States. Rick Schaden is also a dedicated supporter of a range of charitable causes that focus on expanding educational opportunities for young people in need and assisting families in Denver and around the world.
Back