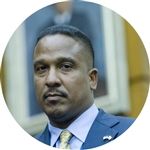 Class of 1987
Law
U.S. Attorney for the District of Columbia

From the Wilmer Hale website:
As the US Attorney for the District of Columbia from 2010 to 2015, Mr. Machen led the nation's largest US Attorney's Office with more than 600 attorneys and support staff. He oversaw the investigation and litigation of major criminal and civil matters concerning government procurement, healthcare fraud, securities fraud, national security, international corruption, economic sanctions, money laundering and structuring, and cybersecurity. Due to the office's location in the nation's capital, Mr. Machen was frequently responsible for representing the United States in matters of great significance to the entire country, including the successful prosecution of the largest domestic bribery and bid-rigging scheme in the history of federal contracting, and a number of landmark settlements in False Claims Act cases against government contractors, healthcare providers and pharmaceutical companies. He secured numerous convictions in terrorism cases and more than 160 convictions in public corruption matters. He also defended the United States in a wide range of civil matters involving alleged age, race and sex discrimination, torts, and medical malpractice.

As US Attorney, Mr. Machen established an Asset Forfeiture and Money Laundering Section within his office and prioritized affirmative civil enforcement actions. As a result, during his tenure, Mr. Machen's office obtained financial recoveries of nearly $2.5 billion for US taxpayers from domestic and foreign corporations and financial institutions. In particular, he obtained resolutions with four global banks that moved money illegally through the US financial system on behalf of sanctioned countries and entities. Mr. Machen also established the first Cyber Unit within the US Attorney's Office for the District of Columbia. He oversaw investigations and prosecutions involving significant cyber breaches of personal and financial data, sales of the use of “botnets,” cyber frauds committed against multinational corporations, and insider trading schemes that obtained confidential information through cyber breaches. While serving as US Attorney, Mr. Machen was also appointed by Attorney General Eric Holder as a member of the Attorney General's Advisory Committee, a small group of US Attorneys from across the country who provide advice and counsel to the Attorney General on policy, management and operational issues.

Prior to his appointment as US Attorney, Mr. Machen was a partner in WilmerHale's White Collar Defense and Investigations Practice, where he represented individual and corporate clients in the areas of white-collar criminal defense, regulatory enforcement, corporate compliance and complex civil litigation. Mr. Machen also served as an Assistant US Attorney in the US Attorney's Office for the District of Columbia from 1997 to 2001, where he prosecuted matters involving bribery, mail fraud, government contract fraud, federal conspiracy, homicide, embezzlement and theft.

During his career, Mr. Machen has been repeatedly recognized for his professional accomplishments. In 2015, he was identified as one of DC's “Top Criminal Defense Lawyers” by Washingtonian magazine and also honored as one of the "100 Most Outstanding African American Leaders" for his contributions in the field of law by African Leadership Magazine. In 2013, he received the Equal Justice Award from the National Bar Association. In 2012, he was recognized as a “Visionary” by Legal Times for helping to advance the practice of law during his tenure as US Attorney. In 2008, The National Law Journal named him one of the “50 Most Promising Litigators in America Under the Age of 45” and also recognized him as one of the “50 Most Influential Minority Lawyers in America.” In 2006, the Washingtonian magazine named him one of DC's “Top 40 Lawyers Under the age of 40.”

He is now in private practice at the law firm or Wilmer Hale.
Back