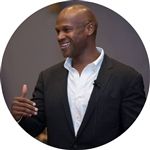 Class of 1981
Film
Writer and Producer, Disney's Treasure Planet and Disney's Princess and the Frog
from LA Screenwriter:
Through constant dedication to his writing development, Rob Edwards has built an impressive career spanning some of the best sitcoms of the 90s to beloved animated features of today. He got his start writing for such shows as “The Fresh Prince of Bel-Air,” “In Living Color,” and “Full House.” Since making the switch to film, he’s penned Treasure Planet and The Princess and the Frog, and he’s also had the chance to consult on such hits as Wreck-It Ralph and Frozen.
Back