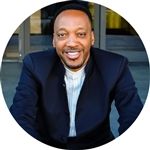 Today, the foundation believes that in order to help sustain healthy communities, it must help individuals engage in change. “People need to be their own resources,” says Shorters. “We help build networks so they can maximize their potential.”

The programs they support are as diverse and impactful as the people who operate them. As Shorters says, “we don’t work on issues, we work on engagement. Whatever you care about, we’ll figure out how to get the community rallied around it.”

They distribute grants in the communities they serve, based upon programs that make a “transformational impact.” In Detroit, the “BMe” program stands for “Black Male Engagement,” and engages black men and boys in communities where they are at risk. They find men who are doing “more than their fair share” and “pull them out of the shadows.” Shorters says that by doing so, they show how black men can serve as an example for others, because, “it would be hard for any of us to succeed if we didn’t know others who had succeeded.”

Through the program, men are asked to make video testimonials highlighting the work they are doing to improve life in their communities. In Detroit alone, they’ve collected 1,200 testimonials. “Then we say, ‘if you’re already doing these things to make your community stronger, what else would you do if we were willing to fund it?’” He has found that after distributing grants to these projects, it often ends up attracting additional resources.

Shorters came to the Knight Foundation in 2007, after creating and running other networks for social innovation at Ashoka and Technology Works for Good (now NPowerDC). He considers it a blessing that every job he’s ever had has been about trying to make the world a better place. “Because of the trajectory Cranbrook put me on, I’m allowed to live a life of meaning and get paid along the way.”

Shorters was part of the Horizons Upward Bound Program, and he says the confidence he received at Cranbrook allowed him to “pursue my passion, and not necessarily the safe path.” He says that the Cranbrook tradition of “telling people that they are of value and they are destined to contribute to society and supporting them to develop is brilliant.”

In retrospect, he’s often amazed at the amount of self-confidence Cranbrook has given him. “Because I was ‘Aiming High’ I turned down a Masters’ Fellowship at Indiana University,” he laughs. Instead he moved to Washington, D.C., to try and organize the next generation of civil rights leaders. He didn’t have a job, but just a few years later he helped write the national service legislation for AmeriCorps. And at 26, he found himself on the White House lawn as they signed the bill he helped to create. “None of that happens without Cranbrook.”

His work in Washington, D.C., led to a stint with Public Allies, where he helped them raise money and start offices around the country. In Chicago, he was looking for someone to fill the position of full time director of the office, when a young attorney submitted her husband’s recommendation. “And we looked at Barack Obama’s resume and turned him down because he had never had any nonprofit experience.” Aim High, indeed.
Back