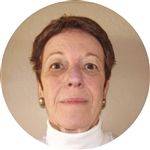 Merrill McLoughlin intended to be a doctor. To make ends meet while saving up for medical school, she took a job as a researcher for Newsweek and never looked back. She credits the diversity of her education at Cranbrook with making it so easy for her to make the transition.

“The fact that I could be a religion researcher at Newsweek while wanting to be a doctor, I owe entirely to Cranbrook,” she says. “Not many kids come out of high school with enough grounding in science, history, English, and current events to have that kind of a choice.”

After going on to serve as a reporter and editor for Newsweek, McLoughlin and her husband became co-editors of U.S. News & World Report in 1988, a position she held for nearly 10 years. “It was the strangest Mom and Pop store on Earth, but a lot of fun,” she says.

Today, they both serve as ghost writers for several books covering topics from politics to health care.

“My education left me interested in almost everything,” she says. “Which is about as perfect a background as you can have for journalism.
Back