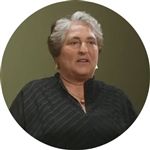 The 3rd generation of the Padnos family has been known to say their business has moved from “junk” dealing, to scrap processing, and now recycling and sustainability. So it goes in the world of recycling, with each generation putting their unique stamp on a family-owned business that is now moving into its 4th generation of leadership.

Kingswood graduate Shelley Padnos currently serves as Executive Vice President of PADNOS, a company known for converting what was once considered waste into a valuable commodity. It’s fulfilling a need in the market that her grandfather saw nearly 100 years ago, when he opened a scrap yard in Holland, Michigan in 1920. Despite the shifting markets and economy, her generation has remained committed to the state. “In our time with the business, we’ve grown from two-and-a-half locations to 16 locations. And all are in the state of Michigan,” she says.

It’s their commitment to Michigan and its people that has made them such a popular company to work for. They offer tuition reimbursement for employees, low interest home loans and employee-focused programs that teach life skills and financial planning. As Padnos’ cousin, company President Jeff Padnos has said, “Our attitude is, ‘if we would not throw a piece of metal away, why would we want to throw away a human being?’”

Shelley Padnos has been invested in finding ways to continually improve their corporate culture. Several years ago, she attended a business ethics seminar and met Michael DeWilde, a philosophy professor from Grand Valley State University, and brought him in to shape their management team’s way of thinking. “Everybody likes to see the world in black and white, because it’s so clear what to do and what not to do,” she says. “But the truth of the matter is, most of the world is grey.”

Challenging assumptions is part of Padnos’ lifelong philosophy. She served as past president of the Institute of Scrap Recycling Industries, and while serving as chair elect for the group, was appointed by the Environmental Protection Agency to the National Advisory Council on Environmental Policy and Technologies and charged with working with the Clinton administration on the reauthorization of Superfund.

“One of the big issues in the scrap processing industry at the time had to do with treating scrap as waste as opposed to a valuable commodity,” says Padnos. “And we were able to get language into the reauthorization that recognizes the difference between scrap and waste.”

Over the years, the company has also encouraged others to see the difference between scrap and art, even if the lines blur. Shelley Padnos’ Uncle Stuart designed sculptures made of scrap metal that are on display throughout the state. PADNOS also donated the copper used in the making of Leonardo da Vinci’s Horse at the Frederik Meijer Gardens & Sculpture Park in Grand Rapids, one of only two casts made from da Vinci’s design – the other residing in Milan, Italy.

“We have a passion for the arts,” says Padnos. “And I would credit Kingswood and Cranbrook for bringing that out in me. Everyone had to take an art class, and you found out there are all different ways to further the arts, including being a patron.”

Padnos says in addition to the arts, they also have “a passion for the underdog,” and the company’s foundation currently holds about $7 million that they distribute in every community where they do business.

Padnos’ other passion is Grand Valley State University. She was appointed to the Board of Control of the university by Governor Granholm and is currently serving the fifth year of an eight year term. “It’s a phenomenal university, and I recently became the chair of the Board of Control, which is something I’m very proud of,” she says. She’ll likely bring the skill of her 100-year-old business to the table when confronting challenges of the academic world.

“If PADNOS has a specialty, it’s making the more difficult things easy,” she says. “We’re never intimidated by a project – we’re challenged by the opportunities.”
Back