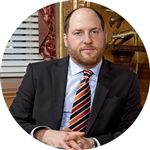 Class of 1989
Politics/Technology
Senior policy advisor for the National Institute for Standards & Technology
For most of us, the closest we get to worrying about online security is updating our Facebook settings every couple of months. Ari Schwartz has dedicated his professional life to questions of digital security and privacy.

Schwartz currently serves as a senior internet policy advisor for the National Institute for Standards and Technology, an agency of the United States Department of Commerce. Soon, he will assume leadership of the country’s Internet Policy Task Force through the Department. In this role, he will be helping shape policies on privacy, security, copyright and the free flow of information, something which increasingly encompasses questions of both trade and human rights as seen in the recent revolutions in Egypt.

“Privacy is something that when I started, there were not that many people working on it,” Schwartz says. “Now there are whole businesses and industries. There has been a huge change in the way people see privacy. We used to talk about privacy and security separately but they are becoming more and more similar. When a company’s main business is dealing with people’s personal information, it doesn’t matter if it’s a privacy or security question.” Instead, it’s all about protecting those individuals.

In his new role, Schwartz will be working directly with the White House and other agencies to build comprehensive internet policies. The goal, Schwartz says, is not simply to legislate but to develop voluntary policies that protect the average internet user while at the same time supporting business and helping build consensus while limiting regulation as much as possible.

Like so many other members of the digital vanguard, Schwartz entered the industry from another avenue. Living in Boston after college, he began doing a lot of nonprofit work, helping firms get online and establish a web presence. While working with some colleagues at MIT who were interested in the future of the internet, Schwartz became more involved in the industry, eventually meshing that new interest with his advocacy skills. Policy development became a logical next step.

As technology continues to evolve, so too will questions of privacy and security. “On the security side, we have to do a lot more in terms of critical infrastructure,” he says. “You read stories about hackers and think it’s some kids in a basement but now you hear a lot more about nation-state threats, targeting personal information and intellectual property.”

He adds, “On the privacy side, there’s a lot more understanding of the issues than there was before but there is a lot more data collection, too. The U.S. strongly enforces its privacy laws, but with constant changes in technology, there is always more to be done to get the balance right.”

Schwartz credits his gift for critical thinking to his time at Cranbrook. “I use those skills all the time,” he says. “Cranbrook helped me, too, in seeing other perspectives and points of view, which has helped me broker deals between government, consumers and businesses.”
Back