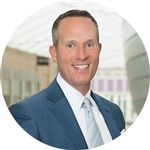 Class of 1983
Business
President and CEO of Ilitch Holdings

Christopher has held a variety of roles throughout the organization over the past 30 years. Currently, in addition to his leadership of Ilitch Holdings, he serves as the governor and president and CEO of the Detroit Red Wings, as well as the chairman and CEO of the Detroit Tigers. Christopher also serves as chairman of Ilitch Charities, a nonprofit organization that promotes charitable purposes aimed at developing communities and enhancing lives.

Christopher is currently leading the most ambitious development effort in the Ilitch organization’s history, The District Detroit. This dynamic sports and entertainment district is comprised of eight world-class theatres, five neighborhoods, four professional sports teams and three multi-use sports facilities, including the new, state-of-the-art Little Caesars Arena – home of the Detroit Red Wings, the Detroit Pistons and world-class entertainment and community events. The economic impact of The District Detroit to the region and the state of Michigan is expected to exceed $2 billion.

Christopher holds a bachelor’s degree in business administration from the University of Michigan in Ann Arbor. He and his wife Kelle have three children and reside in metro Detroit.
Back